Big thanks to The Racing School (www.racing-school.co.uk) for taking part in the RaceArt Tour - sending out some of my dad's finest works to motor racing venues around the UK.

Their fantastic realism has to be seen to be truly appreciated and The Racing School, based at Three Sisters circuit in Lancashire have agreed to showcase two Gavin MacLeod paintings in the reception area. The place was buzzing when my brother and I went over there, we were having to dodge Lamborghini while carrying heavy paintings inside from the car! 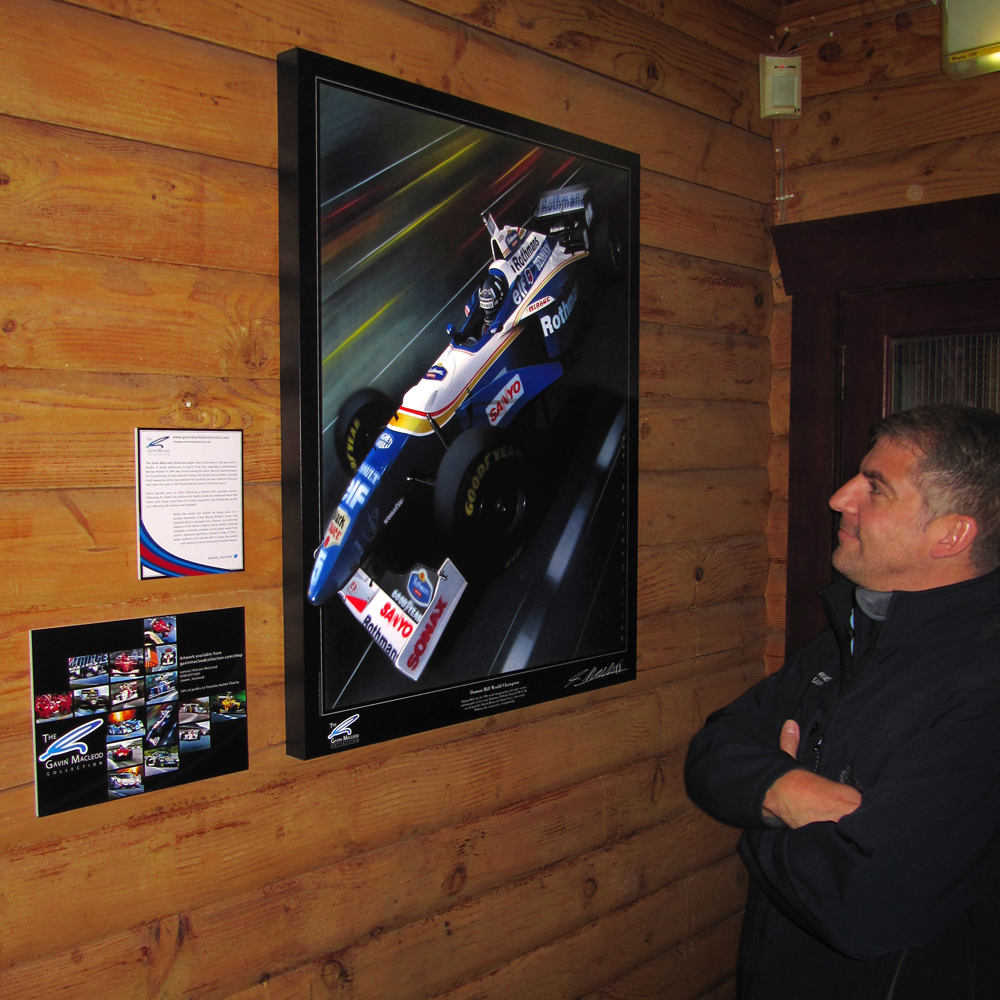 Two paintings on display include; 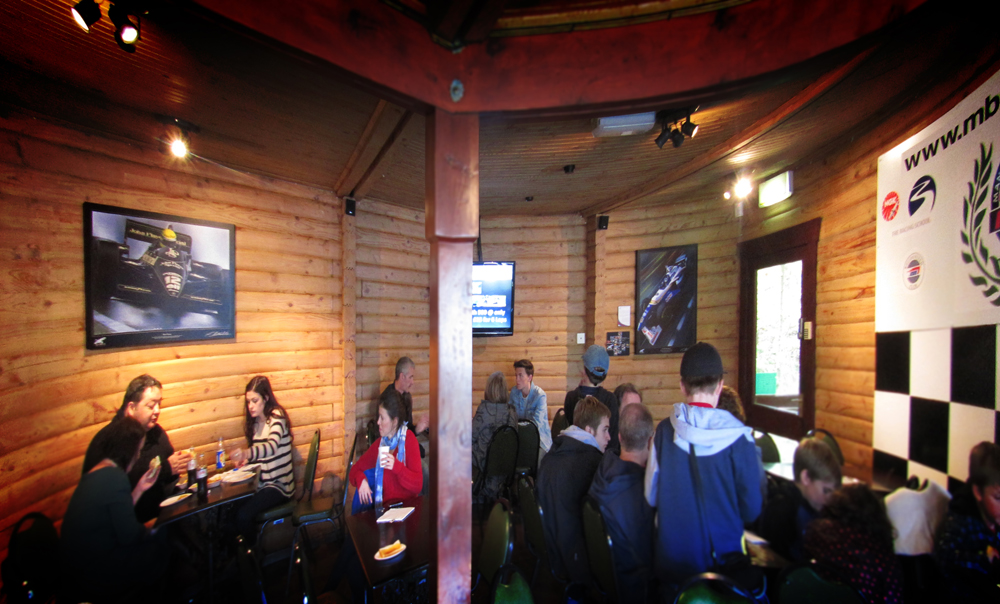 If you're heading down to Three Sisters for a driving experience in a Ferrari, Lotus, Porsche, single seater or more.... then check out our display in the reception.
Posted by The Gavin MacLeod Collection at 21:25 No comments:

Since moving down south from my family home in Leeds to the so called, "Motorsports Valley", I've been pretty keen to make the most of a location that would fuel my passion for racing. With the penultimate round of the British Touring Car Champ taking place at Silverstone this weekend I decided to make the treacherously foggy journey over there.

Racing got off to a slow start, a non-start would be more accurate as the fog was proving stubborn in lifting. The delayed excitement prompted many cold hands turning to their phones and furiously tweeting photos of the situation at various corners of the circuit with the #BTCC hashtag, this seemed a decent opportunity to respond to any potential artwork fans by tweeting images of the 'fotoblox' we have for sale.... unfortunately with limited (no) success.

Later in the day once I'd watched the opening races I headed over to the shopping area of the circuit on a scouting mission. Since starting up the Gavin MacLeod Collection I'd often thought the best method of promoting my dad's artwork would be to purchase a stall at a BTCC or Formula 1 event, only the cost of which is pretty daunting with no guarantee of sales.

Standing around those stalls selling photographs mounted on canvas was my approach to finding customers of my own. Not exactly ground-breaking, though it did lead me into conversation with several engaging characters who each received my hastily-prepared business card.

The final 'Clio Cup' race of the day saw Lewis Hamilton's younger brother Nicolas crashing out directly in front of my seat at Luffield corner. Now into his second season as a racing driver, he is growing in talent and was a major distraction for the fans who would rather take snaps of the stricken Renault and its forlorn-looking owner than concentrate on the race. Fair enough I say, he's a good lad.

Jason Plato (MG KX) drove a stunning final race, battling his way from 20th on the grid to take his second win of the day and now moves to within 15 points of the leader, Matt Neal (Honda Racing).

Start of something new

We're hoping to feature information on the website and how we are progressing in our goal of bringing Gavin MacLeod's artwork back into the limelight.

Most posts will be from myself, but I'm hoping to offer some of Gavin's old friends to write something if they fancy.

Check back in the coming weeks and hopefully this page will be littered with insightful posts covering the world of art and motor racing. I shall try to keep my driver biases to myself...

Alastair (MacLeod)
Posted by The Gavin MacLeod Collection at 21:47 No comments: